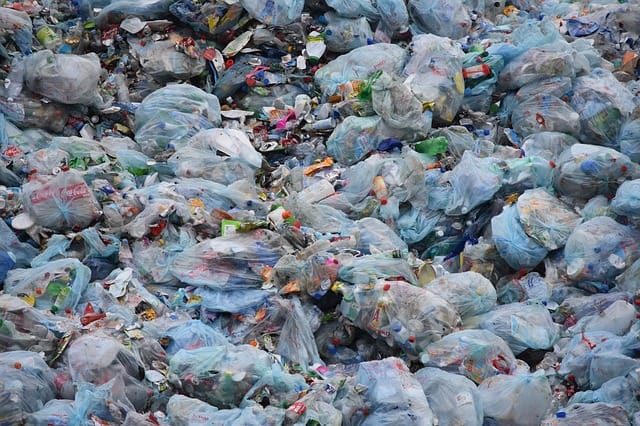 Gov. Andrew Cuomo said Sunday that his 2019 executive budget will include a ban on single-use plastic bags.

Cuomo introduced a bill last April that followed a state task force’s recommendations to ban retailers from providing the non-biodegradable bags that are increasingly littering neighborhoods and polluting waterways.

This move would be a “statewide plastic bag prohibition,” according to a news release Sunday on the proposal.

Exemptions to the ban would be made in an effort to not impact lower-income populations, the governor’s release said. Handing out free, reusable bags would be a part of that effort.

Cuomo’s original legislation, which the state Legislature did not vote on last year, also exempted the thin bags provided in grocery store produce departments. The legislation applied to point-of-sale bags only — not bags that are purchased as a group, like sandwich bags or dog waste bags.

Some cities, towns, and villages in New York already have banned plastic bags.

Assemblywoman Patricia Fahy, D-Albany, said in April that she thought it would be better to have a nominal fee of about five cents per bag to encourage shoppers to bring a reusable bag with them. The money would then be put into an environmental fund.

“There are times when you will need a bag,” Fahy said at the time. “You need that flexibility.”

But the governor already helped block New York City’s effort to have a five-cent fee per bag there.  Cuomo approved a state Legislature bill to block the New York City fee in February 2017. At the same time, the governor created a state Plastic Bags Task Force that released an 88-page report — in part recommending a statewide ban.

But the report, which estimated that New Yorkers use about 23 billion plastic bags annually, also said a ban would not address single-use paper bags, which would likely become popular again if plastic bags are banned.

The state environmental watchdog group Riverkeeper warned last year that a plastic bag ban should be accompanied by a fee on paper bags.

Banning plastic bag usage is meant to not only cut out a non-biodegradable substance, but to limit the amount of waste and fossil fuels used to produce and transport them. The same concerns about production and transport would also apply to paper bags.

In 2017, California banned most plastic bags — while also placing a 10-cent fee on each paper bag. Cuomo’s original bill did not propose a fee on paper bags.

Cuomo did not offer specifics Sunday regarding what kind of stores, restaurants or other businesses a plastic bag ban would impact.

The governor Sunday also announced that he wants to expand the state’s bottle bill to make other non-alcoholic plastic drinking containers, like those used for sports and energy drinks, eligible for five-cent redemption. Bottles that are used for milk or infant formula would not be included in the expansion.